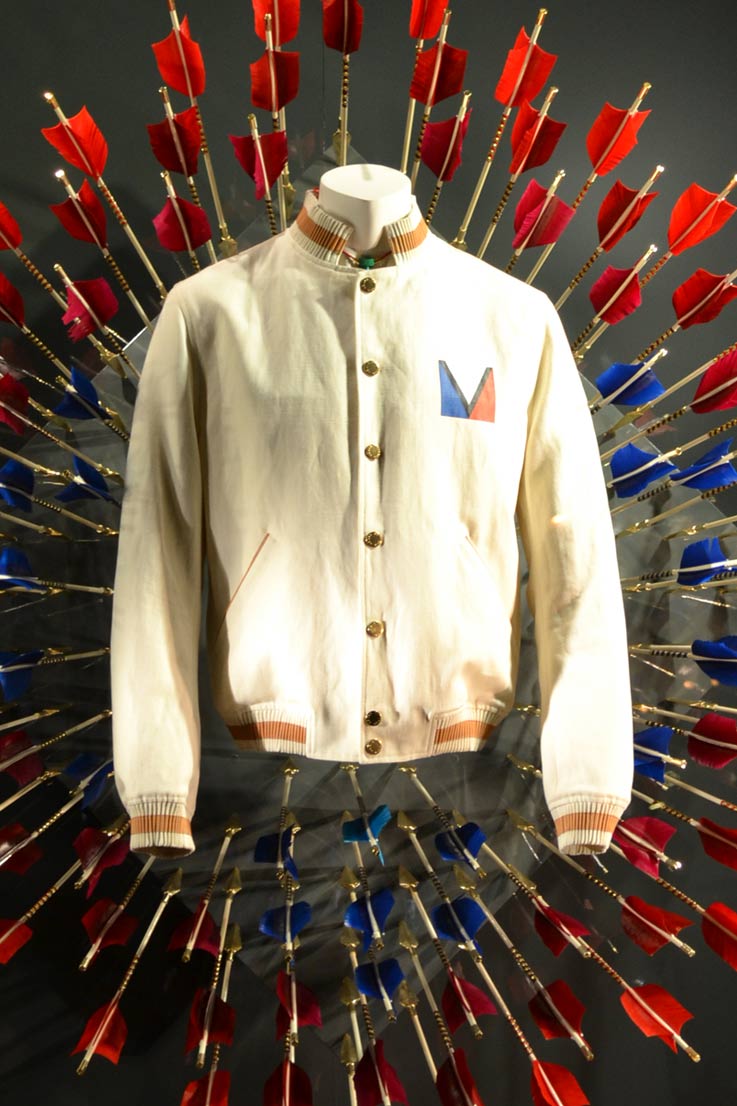 If you visit Paris and your’re interested in fashion, never miss to take a stroll on Avenue Montaigne, which boasts plenty of Maisons deluxe such as Louis Vuitton, Dior, Chanel, Fendi, Valentino and Ralph Lauren, as well as jewellers like Bulgari and other upscale establishments such as the Plaza Athénée hotel. Parisians are lucky enough to see the windows, as they change from season to season. This Spring, the display of Louis Vuitton borrowed from a theme of Greek mythology, showing a multitude of feathered arrows that seem to target the desired piece of candy within. The impression was spectacular especially at night, as the illuminated colours seemed to pulsate infront of the spectator’s eyes. 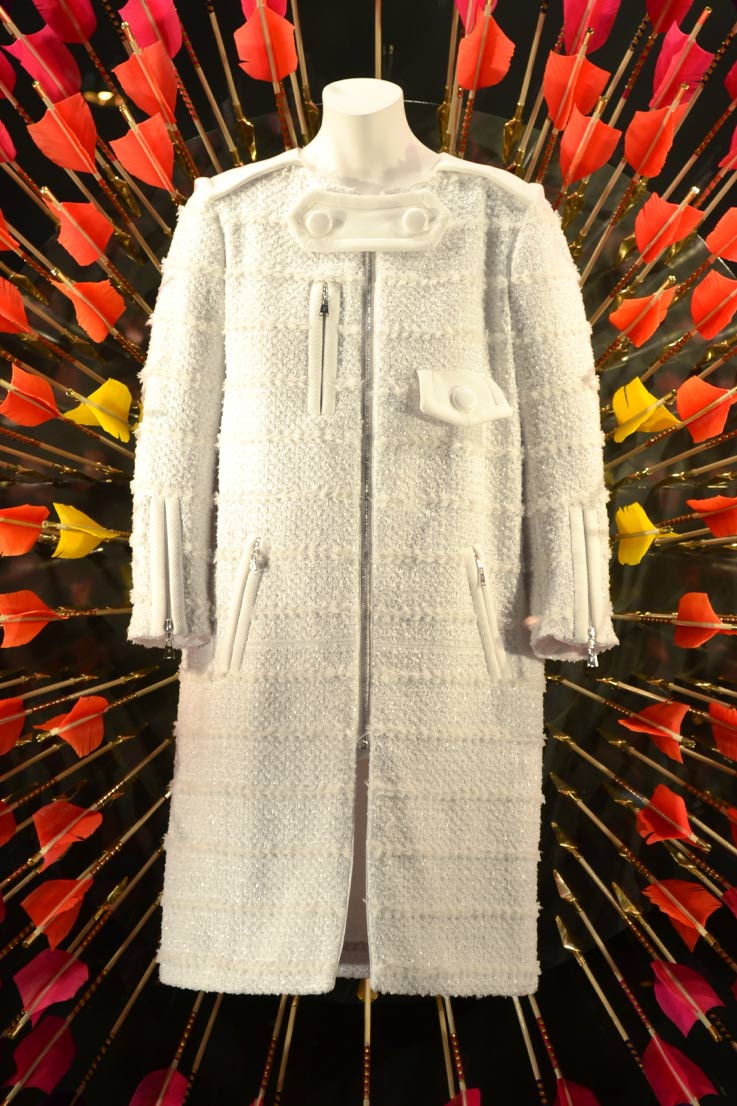 This year’s summer collection of Louis Vuitton is moving to plain white and other bright colours. In casual spirit, men may complete the new LV sportswear look with black or blue denims or even try some more adventurous colors like green or light neon. In favour of light ladies’ fashion, the label turns away from bold showcases of recent seasons and presents decent icy white and a panorama of crisp pastels. 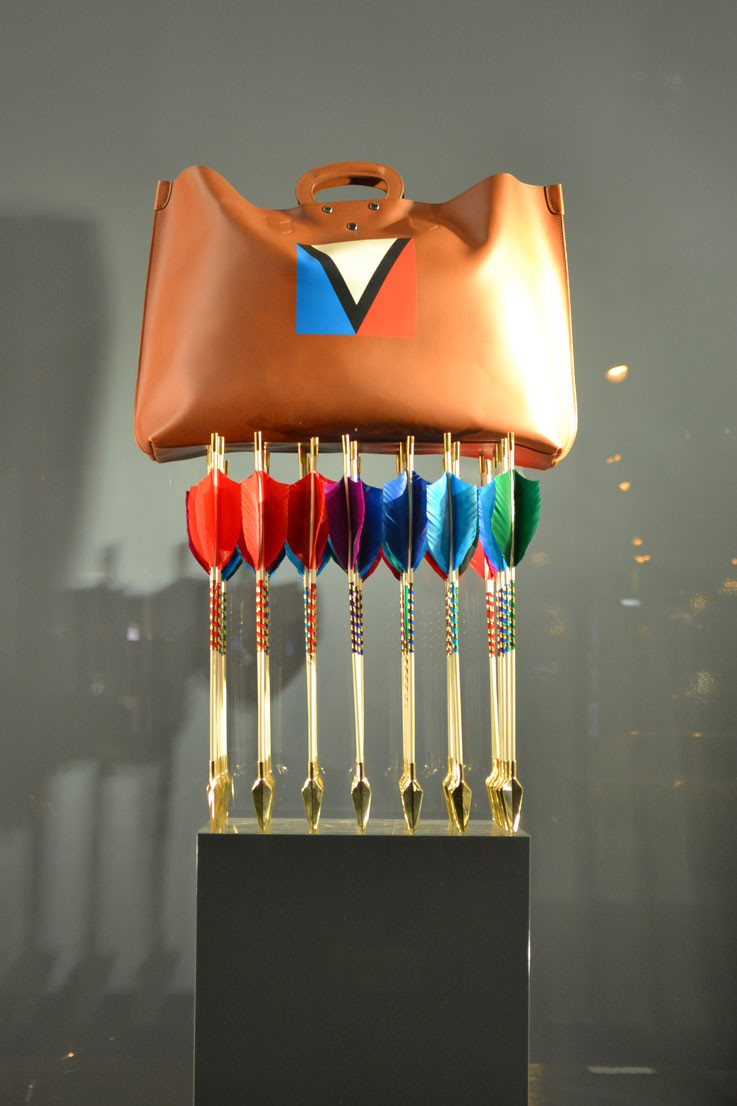 The notion of the LV luggage is one of the main topics throughout this summer’s collection and resembles the original spirit of Louis Vuitton’s legacy. This season remarks the first of a number of new bag styles for men: One attraction unmistakably is the new Nomade leather bag, manufactured from supple materials and offered in tobacco, olive and burgundy. 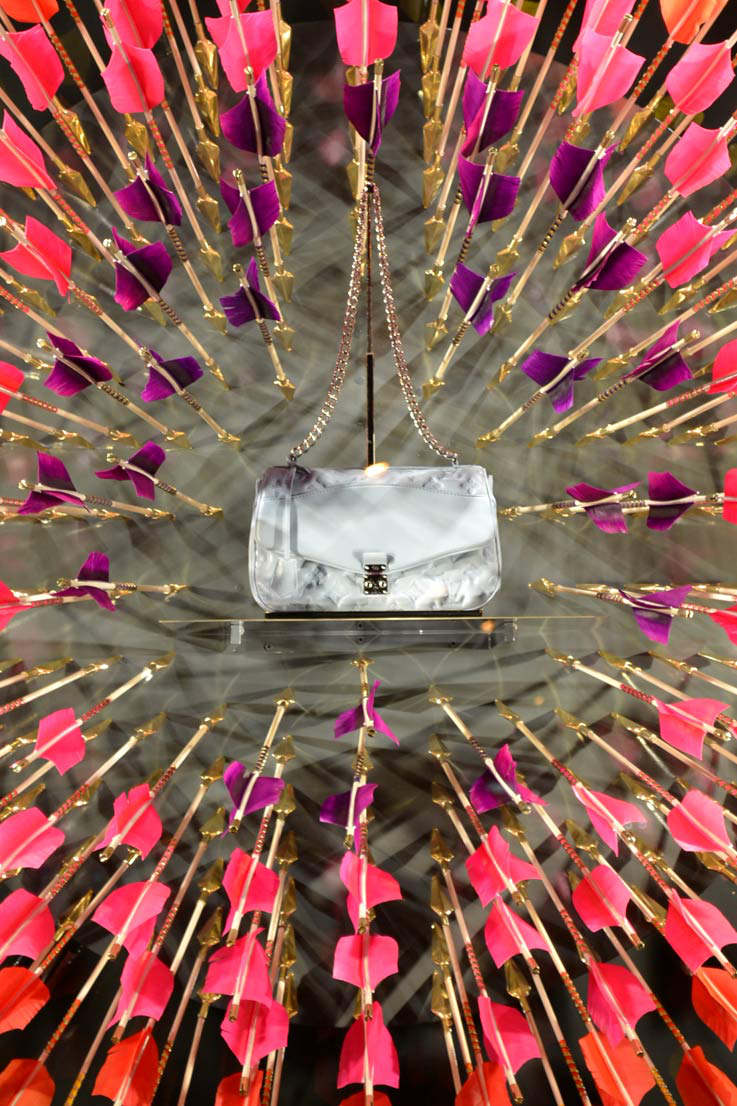 Another feminine theme has LV classic Mama pochettes in sky blue lambskin swinging from dinky golden chains. Yet bright silver will replace gold later this season as the completion of choice for leather goods and accessories.