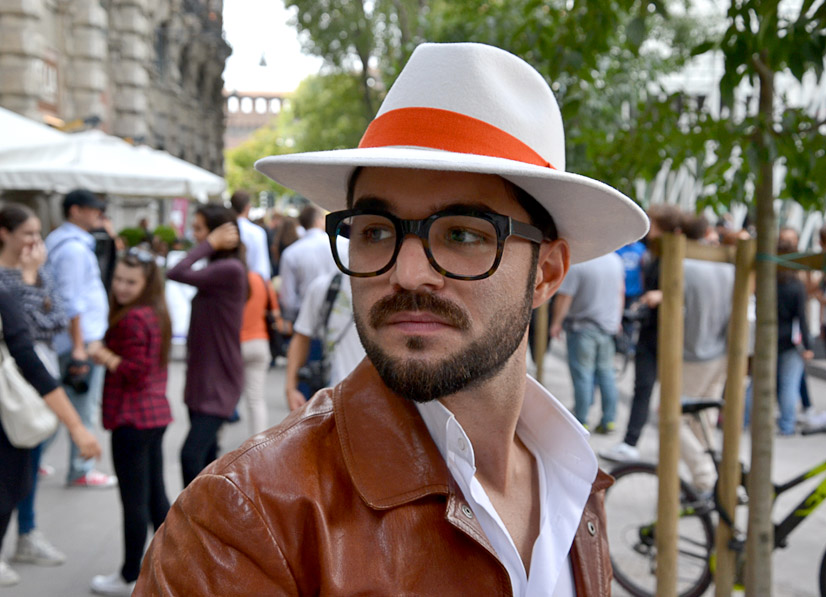 Mario on Via Luca Beltrami // Hat for the Cool

Fashion blogger Mario Porrovecchio must have rent at least three storehouses to stack a myriad of outfits, which he busily presents through his website corvus88 accompanied by some obligatory Instagram and facebook accounts. Mario displays a white fedora with an orange coloured hat band. Fedoras were commonly associated with gangsters and Prohibition, which coincided with the height of the hat’s popularity in the 1920s to early 1950s. They were a daily accessory for many American men until J.F. Kennedy, a style icon in his own right, making public appearances without hat and started a long trend toward general hatlessness. In popular culture, style icons like David Bowie, Annie Lennox, Michael Jackson, Prince and Madonna gave this classic hat a new look, often choosing brighter colours and pushing its comeback as indispensable item of the cool.