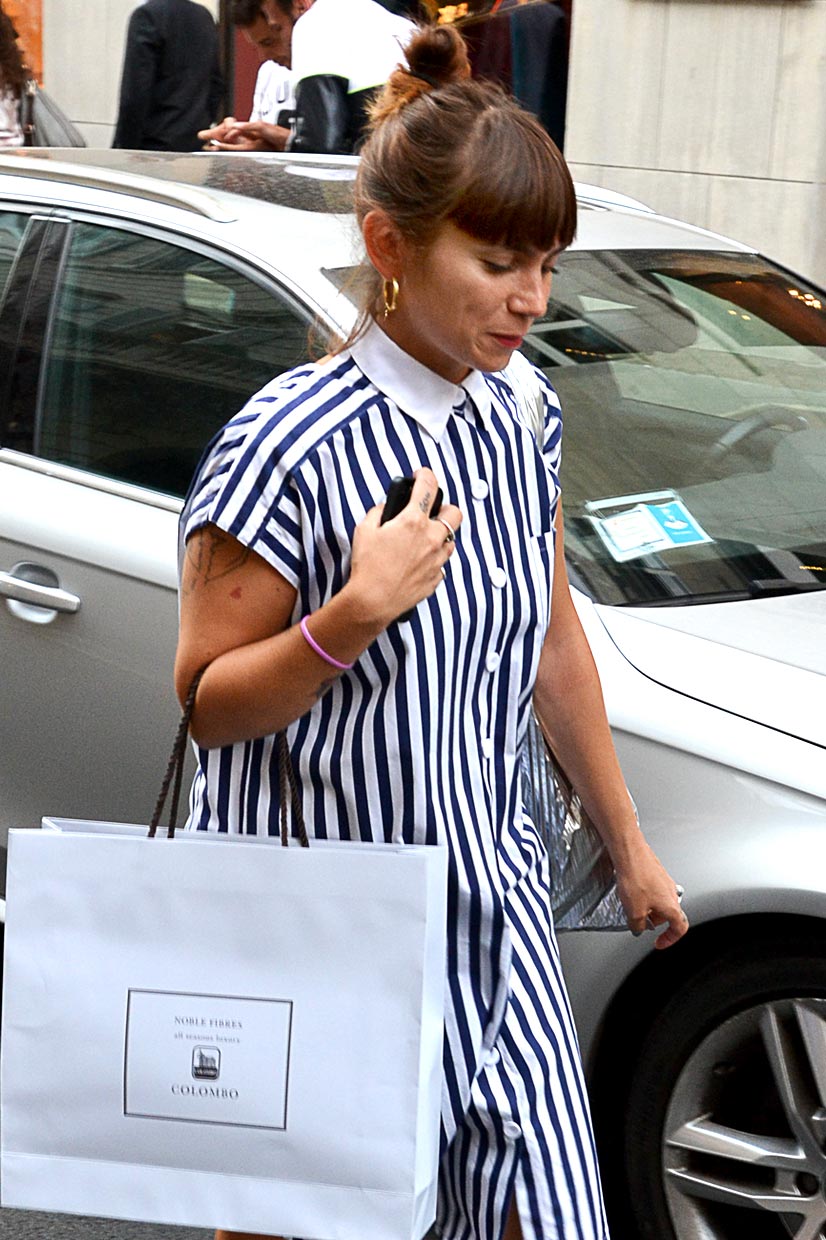 One of the best reactions from people you can get as a street photographer is the moment when they suddenly realise that you take pics of them and they react in a friendly or even funny manner. Same happened the other day, while strolling over Milan’s poshest shopping boulevard Via Monte Napoleone: Laurie, deeply lost in stripes (dress) and contemplation (face), couldn’t do anything else but smirk after she noticed someone taking sneaky shots of her.