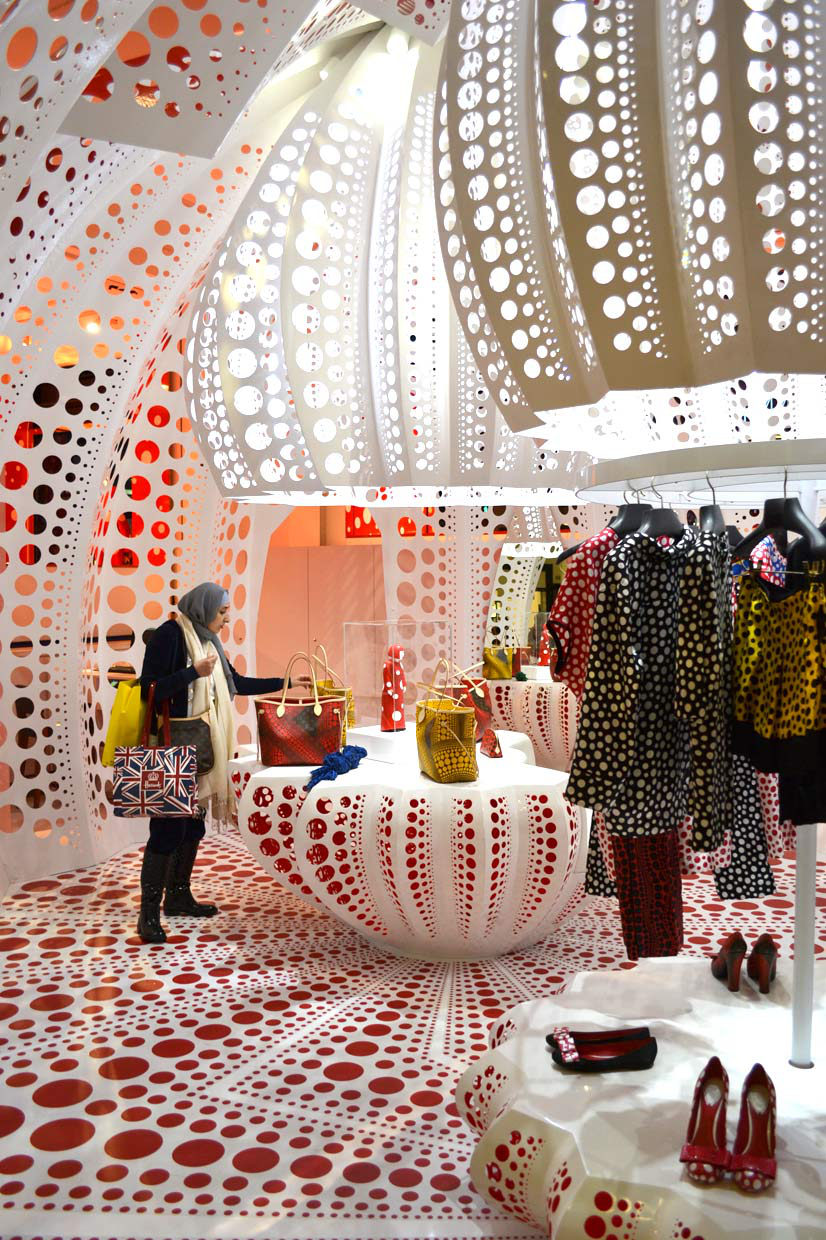 Fashion Now: Louis Vuitton’s Collaboration with the Princess of Polka-dots

Marc Jacobs has continued his series of artist collaborations by working with Yayoi Kusama, the legendary Japanese artist known for her dotty dot motifs and influence on artists such as Andy Warhol and Cleas Oldenburg. The Vuitton-Kusama collab is, apparently, its most successful art union ever, which probably means it’s the most successful art-fashion union of all time, having experienced several sell-outs since it hit the stores around the globe on July 19, 2012. 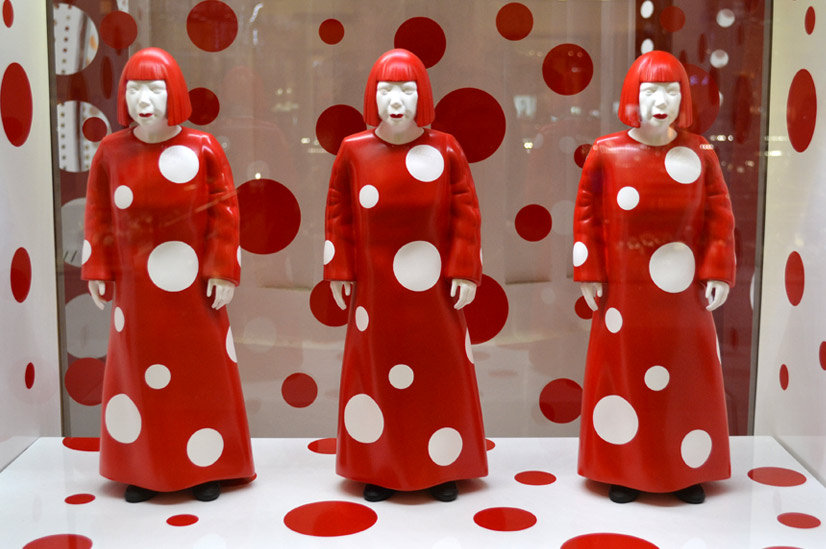 One of the world’s finest department stores, Selfridges on London’s Oxford Street, celebrates the artistic teamwork with a myriad of color-splashed tentacles, a reference to Kusama’s iconic biomorphic sculptures. The proliferation of dots, dots and even more dots plays with the artist’s fascination by the idea of material and emotional accumulation. Kusama’s distinctive polka-dots appear on everything from coats to sunglasses and jewelry, accompanied by an assortment of products, combining Vuitton’s signature leather goods and Kusama’s whimsiscal design. We can only guess whether it is the shock of the new or simply the eternal repetitiveness of Yayoi Kusama’s unnerving polka dots that explain the success of the collection.

Vuitton’s chief designer Marc Jacobs met Kusama in Tokyo in 2006. Their relationship led to Louis Vuitton’s providing the financial backing for a retrospective of Kusama’s work at the Reina Sofia in Madrid in 2011, at Centre Pompidou in Paris, at London’s Tate Modern Museum earlier this year and currently at New York’s Whitney Museum of American Art. “Her energy is just endless,” Jacobs proclaimed. “For many people who don’t look at art or go to galleries, or maybe they’re not aware of Kusama’s work, there will be a new venue, a new place to see this work and to come to appreciate it through the eyes of Louis Vuitton.”

For those who don’t know Kusama or don’t have the opportunity to visit a Louis Vuitton shopping museum, the artist is popular for her use of dense patterns of polka dots, as well as her intense, large-scale environments. Yayoi Kusama works in a variety of media, including painting, drawing, sculpture, film, performance and audacious installations such as her penis-covered furniture or soggy “Butterflies on the Water”. Born in Japan in 1929, Kusama arrived in the U.S. in 1957 and quickly found herself at the epicentre of the New York avant-garde. After achieving fame through groundbreaking exhibitions and art happenings, she returned to Japan in 1973 and is now one of the country’s most prominent contemporary artists.