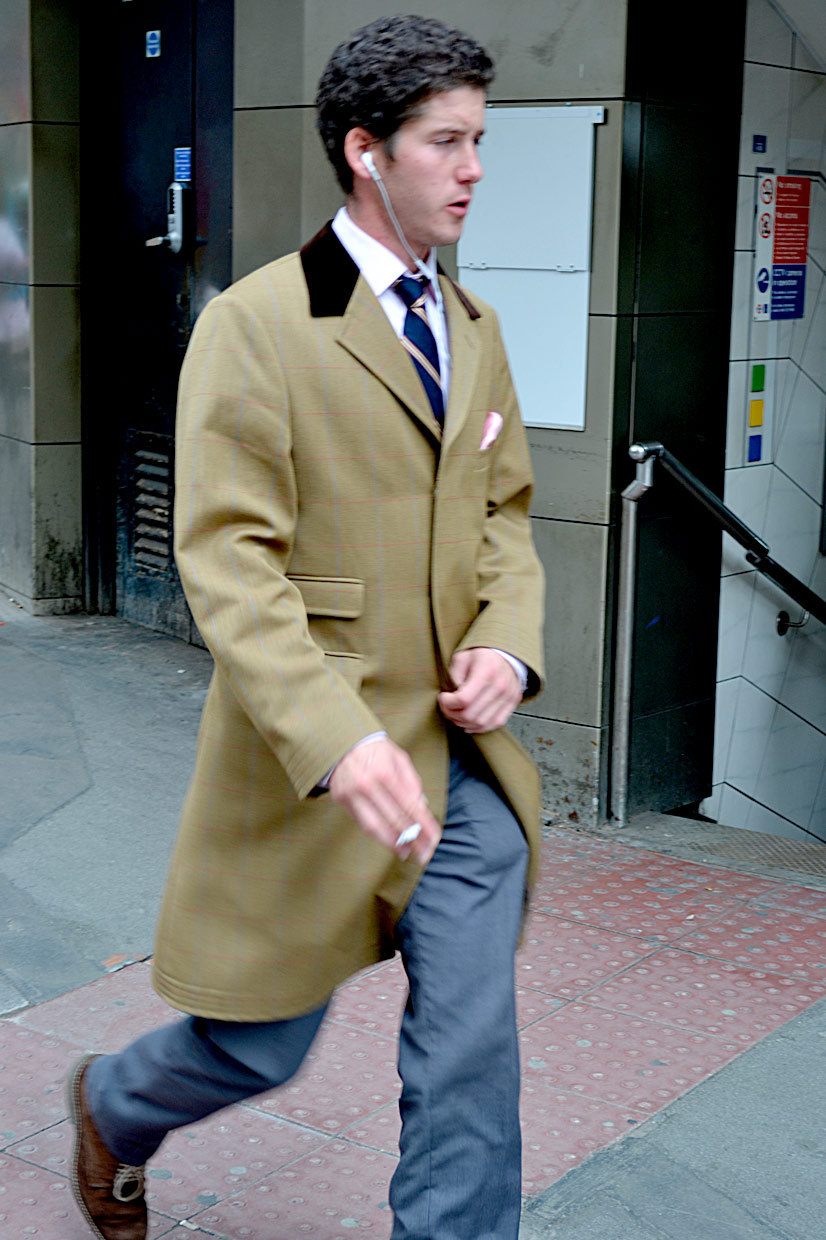 Snapped: iPod Broker in a Hurry on King William Street

Don’t get confused! Although this vibrant area is located right in the heart of Greater London, the hyped City of London actually does not belong to London. Referred to as the City or the Square Mile, this notable part of the city holds city status of its own right and is a separate ceremonial county. The local authority for the City, headed by the Lord Mayor of the City of London (in fact an office seperate and much older than the Mayor of London), has some unusual responsibilities for a local authority in Britain, which is unique in the UK.

Of course, the City is a major business and finance centre, ranking alongside New York City as the leading centre of global finance. Along with London’s other financial district, the newly-built Canary Wharf, the City came top in the Worldwide Centres of Commerce Index, published in 2008. London is also the world’s greatest foreign exchange market, with much of the trade conducted in the City of London. And despite the Euro financial crunch and a national recession, skyscrapers still spring up like mushrooms. Though the City has a resident population of 7,000, the district becomes buzzing with around 315,000 people during office hours, the most of them working in the financial services sector.

If you happen to visit the City at lunchtime, like we did, you’re going to meet thousands of people who either hurry for their favourite restaurant or for a quick snack stuck between two meetings. At the same time, social life in the City for a high percentage of stock jobbers revolves around several public houses, crowded with brokers and bankers having pub lunch and talking business in neutral surroundings. Being a style blogger, you fight an almost impossible task to ask attractive and stylish people (of which the City of London has plentiful) for a short picture shoot. Either they have no time to lose at the Square Mile or simply enjoy business meetings within the informal atmosphere of a pub or a restaurant. Hence, we had no other choice than taking sneaky snapshots, more or less unnoticed by the papped photo models.